Yesterday was a service for Cindi.

It was held at the BBT center, the arena where the Florida Panthers play hockey. It was a side room, and it was full. There were at least 2,000 people there, perhaps 3,000. They had an honor guard. I know she performed the same role at other services and events. The army sent a team, all sergeants. I don't know if there is an significance to that or not. They said one of the guys she was in desert storm with came from Arizona... that he was a colonel now.

I did get to give my condolences to her dad. He seemed a little smaller than I remember. The skin on his hand felt thin, papery almost. He brought his brother with him to the lectern, he said in case he couldn't finish, but he did fine. He told some great stories.

At the end of the service, they turned up a radio and did a last call.

I almost cried when they declared her 10-7.

Ever have a friend that you mean to call, but you never get around to it? That you mean to setup a lunch or casual visit, but you just never pull it together? And then next thing you know, years have gone by with nothing more than some Facebook posts?

That friend of mine, she committed suicide.

I didn't know she was having problems. On her Facebook, everything was great, pictures from marathons she'd been in, pictures of movie night with her girlfriends, funny memes about spiders.

I wish I had known the truth, that I had called, that I had met her at the park to show her my dog, that we had lunch to catch up.

I wish I had been a better friend.

It was just starting to rain, so I hustled Kitty outside for a quick bathroom break before the storm. Then I went to pickup the results from the 6am walk, before it got rained on. Walking back, I slipped on the sidewalk. Managed to catch myself in a four point position, nose less than inch from the concrete. Also managed not to face plant into the open bag of dog poo. Course, all the joints hurt, cause old guys can't do that sort of thing without SOMETHING hurting.

For those of you scoring at home, cat like reflexes two, gracefulness negative one.

Made an appointment to take my dog to the groomers yesterday.

He started to ask me to tell her that he said hi.

My dog has bigger name recognition than I do.

The maximum message size quota for incoming messages (65536) has been exceeded. To increase the quota, use the MaxReceivedMessageSize property on the appropriate binding element.

GeekBlog Commenter> how did you get the right click to "Edit WCF Configuration" ?

GeekBlog Auth> In VS.NET go to tools -> WCF Configuration Manager, it will open the manager, you just need to close it. After that you get the "Edit WCF Configuration" right click menu option.

Okay, there is the MaxReceivedMessageSize, changing it to 100,000.

For TransferMode.Buffered, MaxReceivedMessageSize and MaxBufferSize must be the same value.

Terrible storm just passed overhead. It was my fault. I washed my car today on my day off.

Looks like a waited a week and a half too long for scheduled vacation, cause I want to just be out of here today so bad that I'm considering quitting.

One more day, three day weekend, then a four day work week, which hopefully will be very quiet with nearly everybody else on vacation, and them a week of vacation.

Concentrate, concentrate, just got to stick it out for a little while longer till vacation...

Won the office Halloween costume contest. Since there were only five entries, two of which consisted of taped on sheets of 8 1/2" by 11" sheet of paper with a word on it, it wasn't all that hard.

Me sitting at my desk: 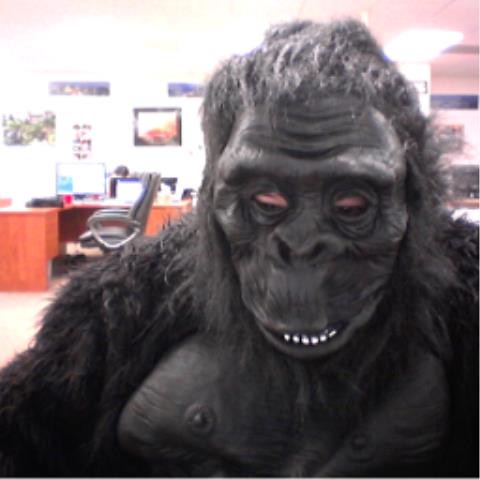 Kitty under the cut: ( Collapse )

I am sick. Sick sick sick.

Thursday night I had a tickle in my throat, which by friday morning had morphed into something epic. Spent a sum total of 45 minutes actually conscious friday.

Today, at least I don't feel like i'm going to die.
Collapse